Learn More About Us

When we look back over the last few years, it is honestly very hard to believe three years have past already since we were diagnosed! It has been a rollercoaster of learning, and one we’ve been thankful to have you along with us for.

In October 2017, our Gluten Free Journey began mere days before our 31st birthday.

This post is going to focus on our growth and healing personally over the last 3 years, the good, the bad and the ugly. Our focus has always been providing helpful, resourceful information and recipes, but we know the real is valued too.

Don’t forget to check out our journey to being diagnosed with Celiac Disease.

Sit back and enjoy the next 3 years since!

Celiac Disease is Not Easy

If we began this saying it has been easy, that would be an absolute lie. Even in the last month things haven’t been all rainbows and unicorns!

Healing from many years of gluten destroying every ounce of your body takes time, and it takes a lot of time. As of recent, anemia has reignited and our kidney is showing signs of regression. It has NOT been easy, but it is easier than before Celiac Disease.

There wasn’t a year one or two update, because those updates would have been very dark, very sad, very discouraging to you. They will be touched on, but this gives us a better ability to touch these years, and how we’ve grown and learned from them.

Year One, was an absolute disaster.

Some of you know about the battle with cancer, caused by undiagnosed lifelong Celiac Disease. This battle is now in the remission stage and we go every 6 months for examinations. That was a whirlwind of its own with complications that are going to be long term at this point. Due to poor health and lack of immune system, cancer took a lot out of us very fast, before it became very serious. A few extremely uncomfortable surgeries, follow up biopsies, and constant appointments, we successfully avoided chemo and radiation, but lost many pieces of ourselves along the way.

Sadly, we didn’t heal from these surgeries the greatest and nerve damage was caused, leaving ourselves in day and night pain. Initially, this had a very negative effect on our ability to walk unassisted and took a lot of rehabilitation and physiotherapy.

By the summer of Year One, two months away from our Year Two anniversary, our mental health took one of the darkest, hardest turns ever experienced. Doctors were involved, medications were started and round the clock supervision was necessary. The combination of Celiac Disease, cancer, epilepsy, the abundance of other severe health issues, life was not overly appealing.

As a Mom, guilt was extremely heavy. Our children were watching us wither away, something had to be done.

Year Two, help was received in every direction.

Friends and family have come and gone, most of them. The few that have stuck it out with us though, we love you all. Thank you for the constant reminders we are loved and cared about too!

Being that lots of healing, failing and the beyond was going on in the first two years, not many people stayed in our lives. It is hard being canceled on all the time, we get it. Yes, we too felt rude denying your invitations, foods, but risks couldn’t be taken and we can’t keep apologizing for something out of our control.

When we were diagnosed with chronic depression and severe anxiety disorders, it was months of minimal communication and zero socialization. Leaving home became too much, so we didn’t.  Friends and family didn’t see us for almost a year because the world was too overwhelming.

Eventually though, medications started working, therapy was helping and we cherish those who were there when we came back out of the darkness! It felt like an eternity, and there are still going to be many dark days and cancellations in our future. That is the reality of Celiac Disease. 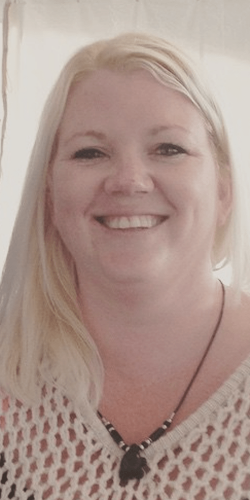 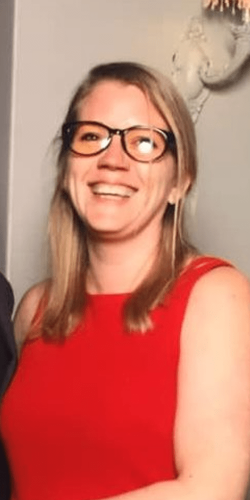 Celiac Disease is Our Forever

The above two women, hard to believe they are the same person isn’t it? Anxiety moment. This is Gluten Free Journey, the woman behind the keyboard. A face not documented often with a smile, extremely camera shy!

There isn’t a time in life where illness wasn’t just another day of the week. Feeling good, there was always levels of good versus focusing on the bad levels. Entering our third year with Celiac Disease, we have come to terms with knowing this is our forever. There will forever be good days, bad days, amazing days, dark days. Every day is at least a day we get to live and once upon a time, that was something we no longer wanted to do.

Learning is something we will continue to do. Taking ownership of our health opened many doors to healing. Walking is no longer a struggle, food doesn’t always give us anxiety/severe discomfort, cooking can be fun again, being depressed and sad IS OKAY. Celiac Disease, plus chronic depression, anxiety, epilepsy, kidney, liver, stress, children, life…

Year Three we focus on happiness.

This is the year that we step back and regain our happy. Celiac Disease took over every aspect of life. Our happiness was never even a glitter in our eye, it was impossible to feel happy in year one, we were too tired in year two, but now it is time!

Over the years, we have learned a lot about how we eat, what we eat, and the importance of eating. Yes, Celiac Disease has sparked some eating disorders, but there is also potentially the inability to feel hunger due to extreme gut & intestinal damage, more tests are needed.

Focusing on happiness also means focusing on our physical & mental health deeply. This excites us and we can’t wait to hopefully do our first mini marathon in the coming year! Lots more recipes offering healthy, yummy options will be coming your way.

Our journey with Celiac Disease is truly forever, and we will always share with you along the way.

We thank each and every one of you for following along with our Gluten Free Journey.

This is only the beginning and we look forward to sharing many more updates on our journey, research we discover and the many delicious recipes, products, restaurants and bakeries we find along the way.

Cheers to 3 Years on this journey with Celiac Disease – lets find our happy.

Disclosure: Some of the links below are affiliate links, meaning at no additional cost to you, we will earn a commission if you click through and purchase. Dismiss